Illinois in the Mexican War 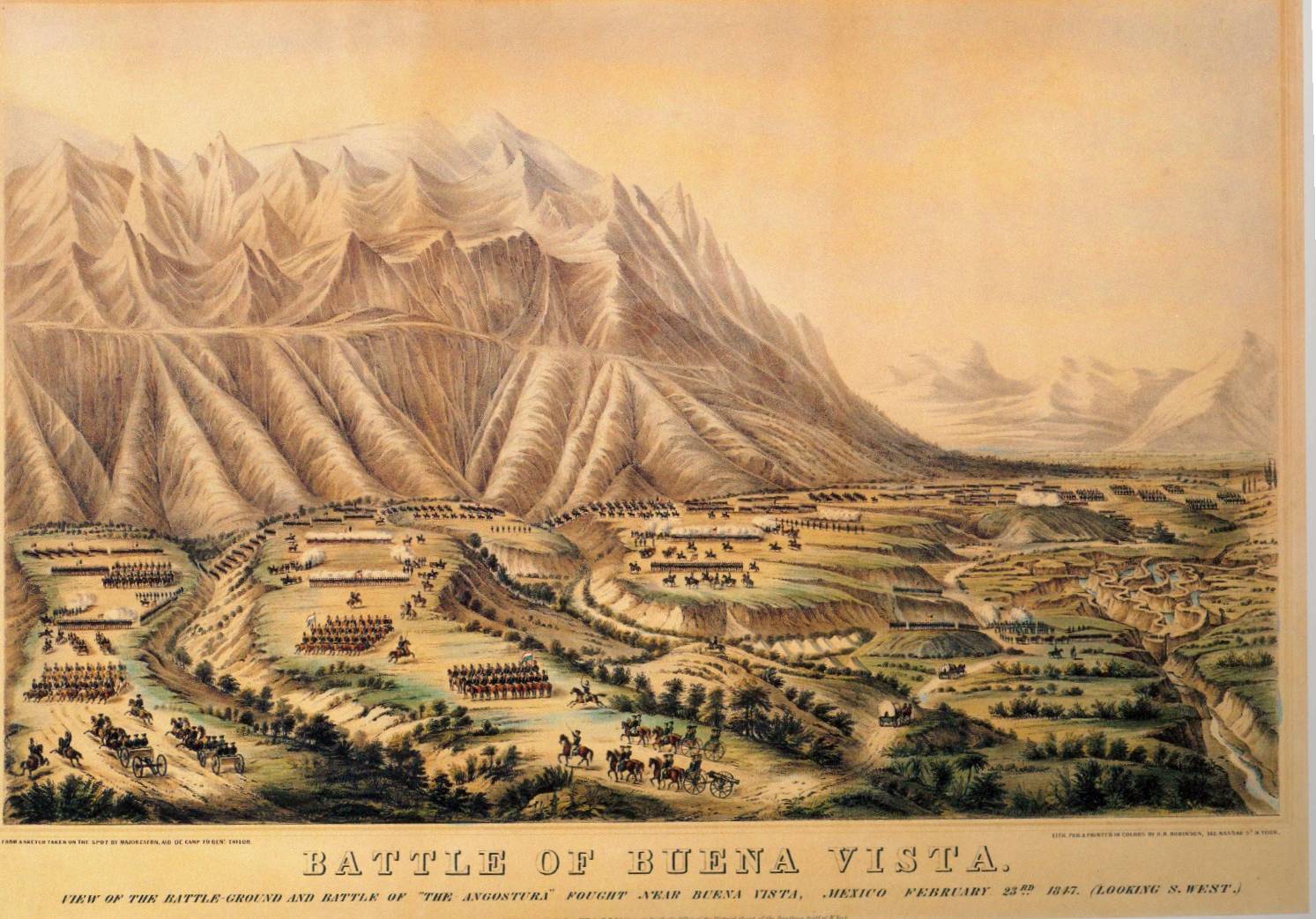 On the 11th day of May, 1843, Congress passed an act, declaring that “By the act of the Republic of Mexico, a state of war exists between that Government and the United States.” At the same time that body made an appropriation of ten million dollars to carry on the war, and authorized the President to accept fifty thousand volunteers.

This force, for convenience sake, to save transportation, and because of their already well-known familiarity with firearms, was drawn principally from the Southern and Western States. Illinois was called on for three regiments of infantry or riflemen, and the pay, with all allowances, placed at $15.50 per month to the private soldier. The militia of the State being then in an unorganized condition, Governor Ford issued a call for thirty full companies of volunteers of a maximum of eighty men, to serve for twelve months, and with the privilege of electing their own company and regimental officers.

The response to the call was enthusiastic in the extreme. Within ten days thirty-five full companies had organized and reported. By the time the place of rendezvous had been selected, (Alton), there had been seventy-five companies recruited, — each furious to go — of which the Governor (Ford) was compelled to select thirty companies — the full quota of the State — and the forty-odd unsuccessful companies were doomed to the disappointment of remaining at home. Of these thirty companies, were organized the First Regiment, Col. John J. Hardin, the Second Regiment, Col. William H. Bissell, and the Third Regiment, Col. Ferris Foreman, which were recruited during the months of April, May and June, and mustered into the United States service, at Alton, Ill., on the 2d day of July, 1846.

Hon. E. D. Baker, then a member of Congress from the Capital district, induced the Secretary of War to accept another regiment from this State, and thereupon the Fourth Illinois was organized and mustered into the service on the 18th day of July, 1845, and served in the same brigade with the Third Regiment until both were discharged.

The place of enlistment is listed by city, not county. The troops would organize and then travel to a designated city to be enlisted.

Error
You are trying to load a table of an unknown type. Probably you did not activate the addon which is required to use this table type.
p

Records of the Services of Illinois Soldiers in the Black Hawk War, 1831-32, and in the Mexican War, 1846-8 by Isaac H. Elliot (pub. 1882). Compiled by volunteers for the Palo Alto Battlefield National Historical Park into this database.

This site uses Akismet to reduce spam. Learn how your comment data is processed.