ILGenWeb isn’t an ordinary genealogy website. Ordinary websites are those where text and sometimes pretty pictures are present, but trying to get in touch with a real person to help you with your research… impossible. The strength of ILGenWeb is its many volunteers, some of whom have spent over a decade assisting others with their Illinois research.

Using our county page visit the Illinois county your ancestors lived in and first try and find any information the county may freely provide on their pages (most have some sort of search built in). If the particular fact isn’t available online, then reach out to the county coordinator (cc) and they will try and assist you as best they can. Most county coordinators have their email address available on their website, though some will use contact forms. 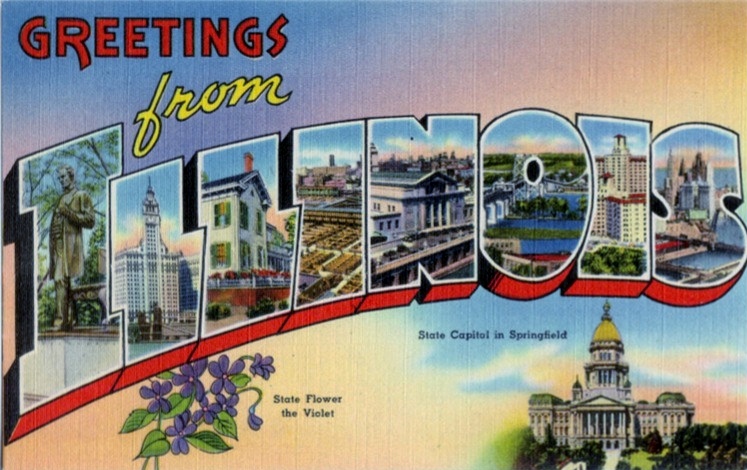 The search below searches all of ILGenWeb using Google Custom Search.

Pastorates of German Congregational Churches in Illinois to 1938

The following list of churches, with dates of organizations, names of pastors, and years of service, is as complete as the records will allow. While entire accuracy is not claimed for all the dates, still it is believed that they may be received as tolerably reliable. Where materials at hand were deficient, further information was secured by correspondence, wherever possible, with the pastors and congregations concerned.

Illinois in the Mexican War

A database of almost 5,600 Illinois men who enlisted as volunteers for the Mexican War (1846-1848). The place of enlistment is listed by city, not county. The troops would organize and then travel to a designated city to be enlisted.

The Constitution and register of membership of the General Society of the War of 1812, June 1, 1908. Extracted from Descendant Members of the Illinois Society, pages 161-166. Contributed to ILGenWeb by Norma Haas.

During the Civil War the number of men lost by disease was appalling, but it would have been even larger had it not been for the women whose work is described in Lincoln’s Daughters of Mercy by Marjorie Barstow Greenbie. These were the women who, first organizing spontaneously in Ladies’ Aid Societies, later bore the brunt of the work of the United States Sanitary Commission after that organization was founded in the summer of 1861.

Governor of Illinois, 1901-1905 William A. Northcott, Lieutenant Governor Richard Yates was born in Jacksonville, Illinois, December 12, 1860, the son of Richard and Catherine Geers Yates. Richard Yates, the elder, was elected Governor in November, 1860, and his son...

Governor of Illinois, 1897-1901 William A. Northcott, Lieutenant Governor John Riley Tanner was born in Warrick County, Indiana, April 4, 1844, and was brought to Southern Illinois in boyhood where he grew up on a farm in the vicinity of Carbondale, enjoying only such...

While the county coordinators and other volunteers have amassed an incredible volume of genealogical facts, a lot of the material they’ve placed online has been provided by researchers just like you. It could be as simple as a photo of great aunt Jan, or as complex as a database of all the cemetery transcriptions in a county… whether large or small, we take it, and turn around and provide it freely online for the next researcher to find. Please find a place to contribute!

* Indicates that the website has already been converted to a WordPress format. No HTML experience is needed to operate these counties.

If you would like to be a County Coordinator for ILGenWeb or help out with this great project in any way, please visit our Adoptions page for more information.

The Illinois History Project is a special project of ILGenWeb devoted solely to the history of the state. The current coordinator is Celia G. Snyder.
Copyright 1999-2016 - Celia G. Snyder, for The ILGenWeb Project. All rights reserved.